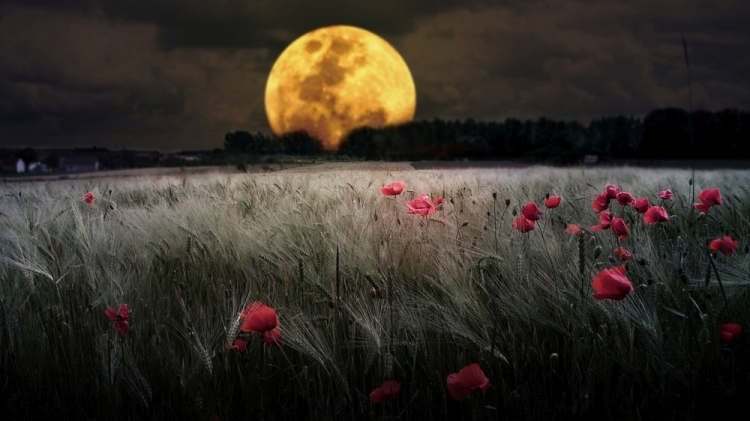 My first reading was nothing short of life changing and incredible! I feel like a great weight has been lifted off my soul.

I have been struggling with my belief that my dad is really still here with me after he passed away last year, and you gave me all the reassurance I needed. I can’t believe you didn’t know anything about my dad except his name and date of death and were able to tell me so many accurate things! You were right that we called him “Dan the man” and that he wasn’t good at taking care of himself, and that power was a big part of his personality. You were spot on when you mentioned he could be gruff and could push people away in his work, marriage, and family, but then break down and show his true self.

My dad’s life was about leaving a legacy, and you totally picked up on that. When you said that the stress in his life was immense and built up in his brain and eventually burst, I broke down because I couldn’t believe you could know that. The very first thing you said about my dad’s death was, “I’m up around his brain area.”

He died of brain cancer and had several surgeries to remove brain tumors in the past. The stress throughout his life was so intense that it truly built up in his brain. He also had other health issues, and you touched on the lower leg circulation which was 100% true. He had trouble getting around for the past 20 years or so because of his legs and couldn’t feel his right leg. He would just lie in bed a lot of the time and not want to do anything but watch T.V., so when you said that he had trouble remembering to stand up and move around it was just more validation.

My dad and mom’s marriage was terrible and they divorced when I was 9, so I wasn’t surprised when you mentioned that his marriage to my mother was robotic and he felt that he was just “doing his duty” by being married to her. I was a bit shocked but not surprised when you said that my stepmom only married my dad for his money and had affairs while they were married, but that he ignored it because he just wanted to be married. I had always suspected that.

When you said he was pointing to the age *48* – I was definitely amazed. There is no way you could have known – just by his name and date of death – that the year 2000 was when his brain tumors started to grow, his only grandson was born, and he started to move from Alaska to Washington. That was a very tumultuous time and there were other things going on within his marriage to my stepmom that I don’t know. That was a very significant year for him. Then my dad began talking about the relationship he and I had and said that “I’m a chip off the old block” and that everyone knew how alike we were and what a great bond we had. So true. But the turning point in the reading for me was when he showed you the gold coin, which I took as a reference to the coin collection he passed down to me just before he died. Coin collecting was something we both enjoyed and was a big connection between us. That was incredibly validating and there is no way you could have looked that up on the internet or known that beforehand. That was something so specific that I knew my dad was there.

When I asked why my dad hadn’t given me a sign I had asked for on my birthday this past January, and he said to you “You don’t need to ask that”, I felt like he was talking directly to me instead of through you. He also said that I don’t need a sign and that I know in my heart that he is always with me. That is what he would have said to me if he was saying it in person.

When we talked about the fact that I will not be staying with my current husband, and that our marriage will be over by October of this year, 2017, it was scary and exciting at the same time. You explained that my husband is angry and blames me for not being able to go further in his life, which I believe is 100% true. You mentioned also that he is waiting for me to file for divorce so he doesn’t have to deal with it, which I have suspected for a long time. I was surprised when you said that my dad, who was basically best friends with my husband while alive, now doesn’t like him at all because he can see all of the pain and hurt he has caused me. I was really shocked to hear that you see me getting married again in the winter of 2019 and starting a business that in some way helps humanity with my new husband. And since you also saw the name “Brian” as someone who will be involved in introducing me to my new husband, I will be sure to watch out for that person! When you said that my dad will be there for the wedding and would “surprise” me somehow with some kind of sign, whether that be a person or something else, that truly made me happy, as well as a little bit sad. I’m really glad to hear that you see me moving back to the Pacific Northwest!

I asked about having kids, and you said that if I decide to try to have a biological child it is critical to my health to be monitored by doctors every step of the way, especially in the first trimester, but I will probably have a miscarriage and have a hysterectomy afterward. I think you saw more, but weren’t allowed to tell me. You said it is better for my health not to have a biological child. I know I am at a high risk of death if I get pregnant, and I have been told by my doctor to have a hysterectomy for a few years now, so I’m going to take your advice and not have a biological child. That is something that no one except my husband and I know about! You mentioned there might be older kids in my future -probably teenagers, so we’ll see!

When I asked about any health issues I should watch out for, I was very surprised when you brought up ringing in my ears, which is a problem that just started bothering me recently. Since you think it could be a lack of minerals, I will definitely look into that. Also, since you said you think I have too much metal in my body, I will try to make some changes like not drinking out of aluminum cans and switching to a “crystal” deodorant as you suggested.

The last thing I asked about were my dogs, who are litter mates. For my dogs, you only asked for their names, not even their birth dates. Sami has a cataract surgery coming up and I asked how that would go as well as how she was doing in general. I was thankful to hear you say that her surgery will go well and she has at least 2 more years to live. I was very surprised to hear that she is lonely, even with her sister around, and that introducing her to a male dog might help her loneliness. For Lily, she might lose a lot of weight soon, we may need to change her diet, she will suddenly lose her appetite, and heat is very bad for her. I was worried that the two dogs might have gotten mixed up but then you said that Lily has skin irritation, which is incredible! Lily has had skin allergies for years and has to take prescription medications for it. There is no way you could have ever known that! That was another huge validation for me.

All of the things you brought up about my dad and my dogs are 100% accurate, as well as the issues in my marriage and with my health. I feel honored to have been able to talk with you and feel so amazing after having so many things validated. Your compassion and easy, personable manner make it seem like you’re chatting with a close friend and put me totally at ease. I feel a sense of calm and peace about my dad, my life, and my dogs that I didn’t have before and I simply can’t thank you enough for taking the time to talk with me!