Arnold Schwarzenegger: The Day of Reckoning – A Famous Psychic’s POV

Well, maybe you’ve heard. Our infamous former governor for the state of CA, Arnold Schwarzenegger, is in the glaring light of
Judgment Day.

(No, not the 2nd installment of the blockbuster “Terminator” series, but the real one.)


Arnold Schwarzenegger was caught in the proverbial ‘rat trap’ he had unwittingly constructed to arrive at the inevitable instant karmic destination I always knew he would.

The deceptive veil had been lifted for all the world to see – uncovering his “True Lies.” 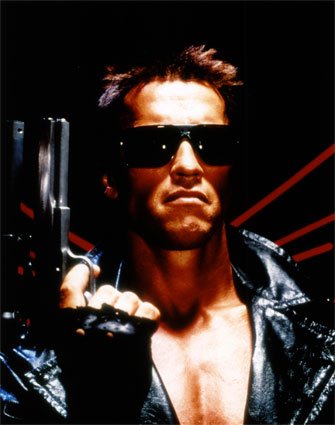 (Sorry, these movie references are just part of the Twitter fest I’ve been swimming in lately. It’s the mass cultural response to assimilating – trying to somehow comprehend – this iconic man’s bad behavior.)

The shocking revelation presented (well… not so shocking to some of us who worked with him/ knew him) that Gov. Arnold Schwarzenegger had fathered a child almost a decade ago by his maid, Mildred Patricia Baena (simply known as “Patty.”) She reportedly worked in the family home as a housekeeper and assistant for more than 20 years until January of this year.

The Los Angeles Times reported Tuesday that the former California governor admitted to Shriver that he’d fathered a child with their housekeeper.

Schwarzenegger’s admission to fathering a child resulted in his separation from Shriver, according to the Los Angeles Times.

“After leaving the governor’s office, I told my wife about this event, which occurred over a decade ago,” Schwarzenegger said in a statement.
“I understand and deserve the feelings of anger and disappointment among my friends and family. There are no excuses and I take full responsibility for the hurt I have caused. I have apologized to Maria, my children and my family. I am truly sorry.”

And … not to be left behind on the pop ‘judgment’ bandwagon ..

May 21, 2011 – was to be the “End of Days” for all of us here on this
Blue Planet (according to the latest in apocalyptic prophecies pontificated by California evangelist, Harold Camping.)

Camping claimed that a giant earthquake would be coming this day at 9 p.m. EDT, and that true believers would be swept up to heaven, while the rest are left behind to perish horribly over the next few months as the world goes to hell.

But at least Camping didn’t keep this insider information to himself. His supporters put up about 2,200 billboard warnings across the country. (We will forever owe a huge debt of gratitude to the holy gods of advertising, am I right?)

Harold Camping’s prediction is based on calculations that May 21, 2011, marks exactly 7,000 years since Noah’s flood, and that means Judgment Day.

According to Camping’s prediction, nonbelievers will remain on Earth to live in torture and torment, tsunamis and fire, until Oct. 21, when God will destroy whatever and whoever remains.

But before all this murky muddled mayhem this week…

In the 2003 California gubernatorial recall race, a number of women came forward who had been touched inappropriately by the actor, Arnold Schwarzenegger, soon to be sworn in as our new fearless leader up in Sacramento, replacing another inherent ‘problem’ – Gray Davis.

Well, as many of you have likely read – Carla Baron, was one of those women cited in the L.A. Times article that took nearly 8 years to bring the actual truth to light of day. I will forever go down in the history books as one of the women unfortunately accosted by the “Governator.”

I won’t bore you with the disgusting details here again … however, I interviewed live this past Wednesday on “The Peter Tilden Show” w/ Teresa Strasser – TalkRadio 790 KABC-AM  (Los Angeles) ~

You can also read some of my story in this week’s PEOPLE MAGAZINE on newsstands this coming Wednesday, May 25th.

Clearly, I went on to claim my real destiny as a well-known psychic profiler, intuitive, and medium. Television has been very gracious to me, in providing a platform for my continuing work in the field.

And that, my friends, is my true legacy.